An airport’s capacity can be determined in two radically different ways: analytically, by deducing the capacity directly from the characteristics of an airport and the traffic it takes, or less theoretically, by simulating the traffic flow on a model of the studied airport infrastructure and then by measuring the simulated flows.

The analytical method is therefore to understand capacity as a function of the characteristics of the infrastructure of an airport and the traffic it has to take. Thus, this method assumes that there is a more or less complex relationship directly linking all the characteristics of an airport (the layout of the runway (s) and taxiways, the structure of the traffic, the air traffic management methods, etc.) at the flow this airport can handle. The analytical method consists of approximating this theoretical relationship using a mathematical model that subsequently makes it possible to determine any airport’s capacity based on a reasonable number of input parameters describing the characteristics of the airport and its traffic.

The MACAO software (Airport Capacity Analysis Model), developed by the STAC together with the CETE Méditerranée in order to make the analytical capacity evaluations, implement a mathematical model enabling quick and effective determination of the capacity of the runway systems based on a number of parameters describing the runways, their feed lanes, the structure of the traffic and the air traffic constraints of the airport studied.

The mathematical model developed only concerns the capacity of the runways, the link between the overall flow that can be handled through the entire set of airport links and the characteristics of each link being much more difficult to approach with a mathematical model.

The simulation method, on the other hand, doesn’t try to deduce the capacity based on explanatory factors. It involves trying out the handling of a certain type of traffic on a certain infrastructure in a virtual rather than real way in order to obtain measurements of the flows that can be handled by an airport. The simulation method is therefore based on the use of a digital model that is closer to the way the traffic flows in an airport infrastructure and in airspace so as to be able to extrapolate the trends observed in real-world simulations. 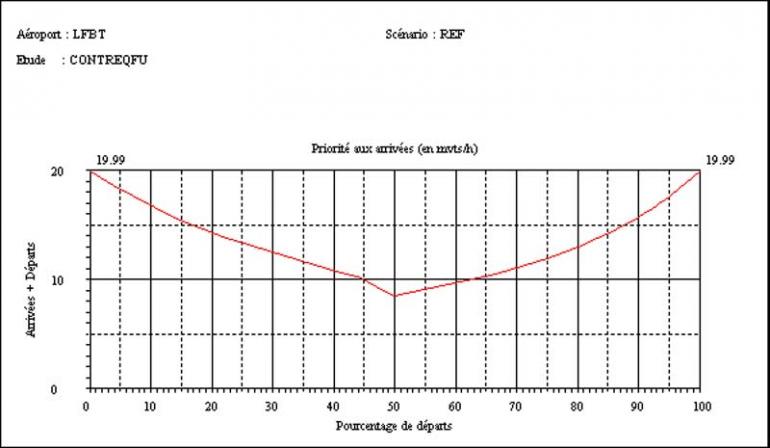 Possibilities offered by use of simulation

The simulation of a traffic flow can be used to assess not only the capacity but also the associated socio-economic aspects. Thus the speed and acceleration data of the simulated aircraft can be used, for example, to estimate their energy consumption and associated contaminant emissions. 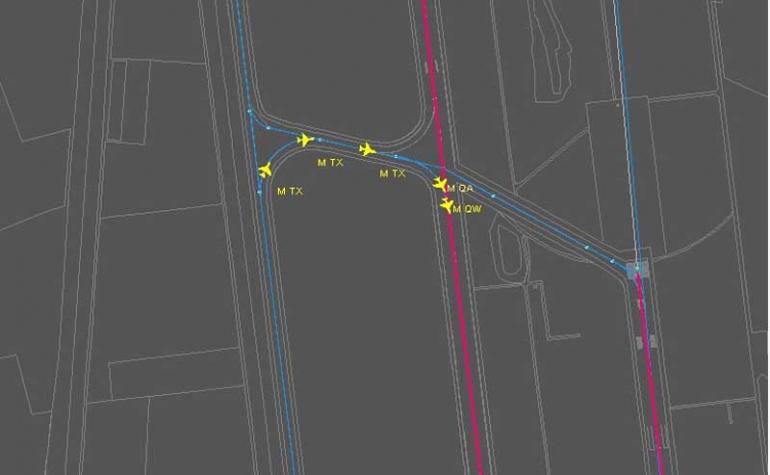 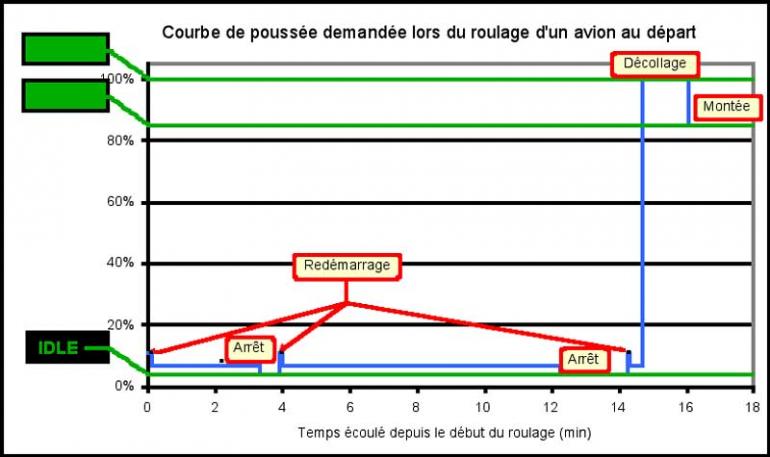 Principle of a capacity simulation study

The diagram of a simulation capacity study corresponds with the illustration below. This does not involve a direct comparison of the current real situation with the virtual trial results represented by the simulations of a study scenario.

The difficulty lies in estimating the difference between the simulated future and the future that would be observed if it happened.

This thus enables us to evaluate the real impact (the red arrow in the below illustration) using simulations (the three green arrows). 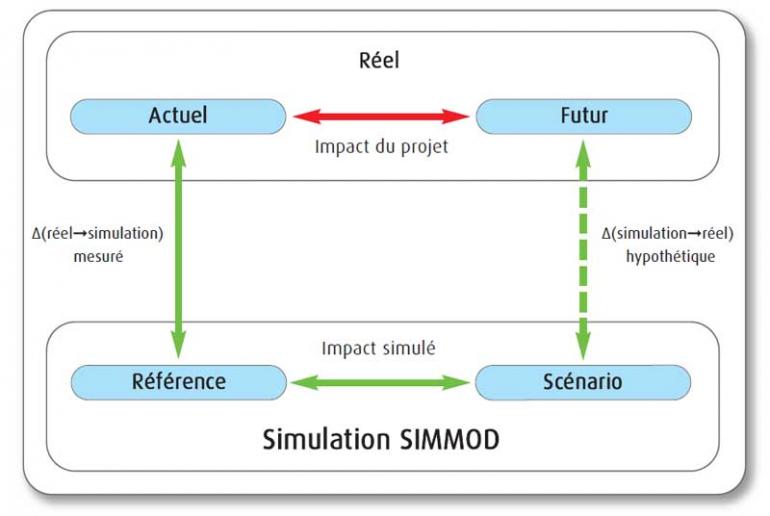