What is the airport capacity?

The airport capacity is that of the weakest link

The airport’s capacity is that of the weakest link in the airport chain: terminal airspace, runway system, taxiways, aircraft parking areas, terminal (passenger processing) and even airport access (access roads and car parks). The capacity must therefore be subject to an overall analysis.

Capacity of the runway system

The runway system is in general the element that limits airport capacity due to its particular function: enabling aircraft to land and take-off safely. Its capacity takes three main elements into account:

As a general rule, the structure of the air traffic is not a result but rather a constituent datum of capacity. The traffic structure is the result basically of the air transport market, unless the infrastructures are saturated or the traffic is limited by the capacity. The structure of air traffic is characterized by the flight distribution (peak times, traffic density), by type of aircraft (dependent on the weight and geometrical dimensions) and by the distribution between arrivals and departures. These parameters generate significant traffic flow constraints.

The traffic management modes (or modes of feeding the runway system) by the air navigation service, taking wake turbulence into account, imposing in-flight and ground spacing constraints that have a direct impact on the capacity.

The traffic flow fluency also depends on the structure of the terminal’s airspace (volume and sectoring, arrival and departure route network, etc.), on the technical instruments (radar image and precision, flight sequencing assistance tools, etc.), on the methods in force (organization of arrival and departure flows, use of a “specialized” or “integrated” runway system in the case of a pair of parallel runways, air traffic rules, safety margins, etc.) and on the management of control post setting.

The capacity can be limited by constraints due to noise pollution or by shared use of the same terminal airspace by several airports (for example, Nice and Cannes). It can also be affected by certain atmospheric conditions (rain, snow, black ice, poor visibility), which can severely reduce traffic flow.

Finally, the ground infrastructure is the determinant but not unique element of the theoretical capacity. The number of runways, taxiways and their layout have a direct impact on the number of aircraft it is possible to deal with and therefore on capacity.

This is the number of requests that can be dealt with in a period of time with a given infrastructure, by adhering to the regulation and taking a service quality level into account.

Requests can also correspond either to a number of movements on a runway or to the occupation rate of parking spaces or to the use of de-icing pads, etc.

The time period can range from a minute to a year depending on the problem being dealt with.

Determination of the technical capacity depends: 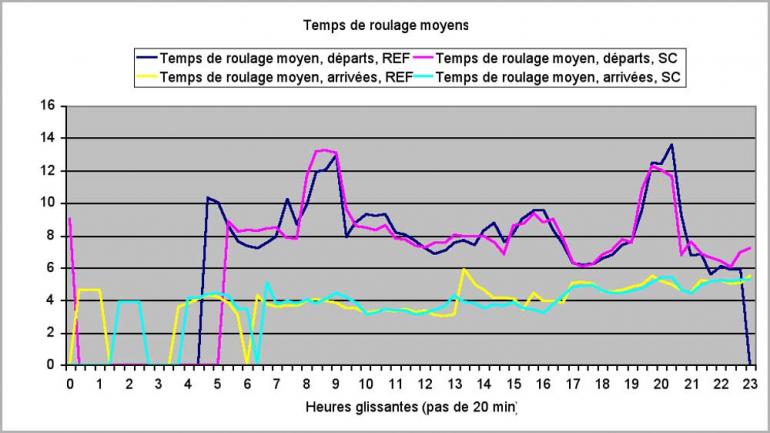 It sets the maximum traffic flow an airport is able to accept, taking all elements of the airport chain into account (terminal airspace, runway system, taxiways, parking areas, terminal, road and rail access) as well as certain external constraints (environment). This is a value representing a stated objective of the airport. It is necessarily less than or equal to the technical capacity.

In the coordinated airports (Orly, Paris-CdG, Lyon, Nice), we introduced the notion of scheduling capacity, which is a variant of declared capacity. It enables a time committee, which meets every six months, to assign slots to airline companies. This procedure guarantees operators a quality service but reduces the airport’s accessibility.

The relationship between hourly capacity and annual capacity

The airport’s annual capacity is the maximum volume of traffic that can be handled during one year, taking into account an “overall” quality of service including a tax rate acceptable to airline operators and external constraints (curfew, for example). It is generally expressed in number of passengers or movements per year.

Annual capacity is related to operational hourly capacity, but this relationship varies across airports based primarily on the distribution of peak hours during the day and peak days in the year. Thus, with equal operational capacities, an airport that continuously receives a mix of short, medium and long-haul traffic during the day will have an annual capacity greater than that of an airport with short or medium-haul traffic at two daily peak times. In addition, comparisons in numbers of passengers must take into account the average aircraft size, to be re-expressed in numbers of aircraft movements. The average load (average number of passengers per movement) is indeed very different depending on the site. 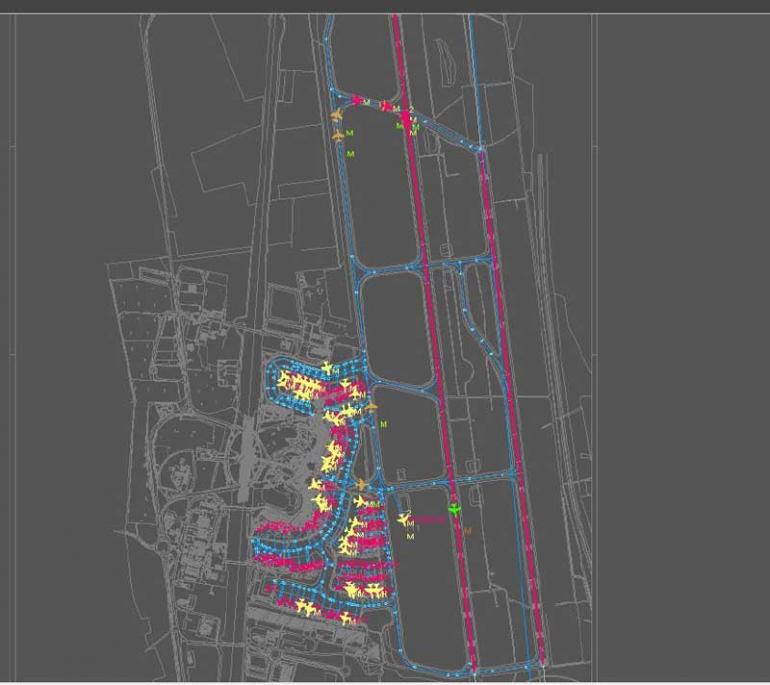